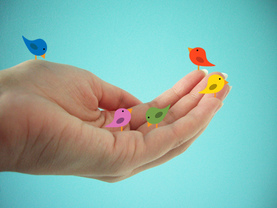 Twitter is a social networking tool that allows users to post 140 character updates called Tweets. In a tweet, you can include links to websites, photos, video clips, as well as regular text.

You can follow others around the world, depending on your particular interests. Following people allows you to see their tweets. Twitter works similarly to a lot of other social networking tools. Below are a few definitions of some of the key aspects of Twitter.

Tweet: A regular tweet is just a 140 character message that others can view.
Retweet: Similar to forwarding an email, a retweet forwards someone else's tweet.
Reply: Where you specifically mention another twitter user. It shows up with an @ symbol in front of their name,
e.g. @klbeasley
Direct Message: Just like a message on Facebook, or an email, only the person you send it to can view it.
Hashtag: a way of grouping tweets about a similar topic, e.g. tweets about education are often tagged #edchat. 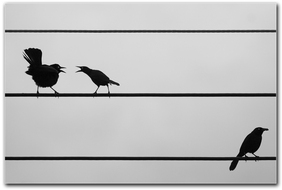 1. Twitter is just where people share the banal trivialities of their everyday lives.
It all depends on who you follow! There will be times when people - myself included - share random things (including what they had for breakfast), but the good should outweigh the mundane. If you are going to write off Twitter because of this, you will miss a lot of incredible resources.

2. People won't be interested in what I have to say
The truth is, everyone's experiences are different, and the sites/resources/ideas you find interesting may not be everyone's cup of tea, but guaranteed they will be interesting to someone! Remember one person's trash is another person's treasure.

3. I don't have time for Twitter
Twitter takes up as much time as you let it. Getting set up and cultivating your network can take some time in the initial stages, but once you're up and running, it's up to you to decide about the amount of time you devote to Twitter. I check in a couple of times a day, but don't feel I have to follow all the action. The 140 character limit also helps keep you succinct!

4. I don't want to follow people I don't know or I don't want random people I don't know following me!
“There are no strangers here; Only friends you haven't yet met.” The quote (by Irish writer & poet Yeats) sums up for me the value in following people you don't yet know. They may well become some of your most worthwhile resources and potentially, very good friends.

5. I can't keep up with all the information! It's too much!
The fact of the matter is there IS too much information to keep up with, but you shouldn't feel you have to read every tweet! Really good information has a habit of rising to the top (through retweets, hashtags), so if you miss it the first time, you'll probably catch it later. You can also manage the stream of information by using a twitter client (such as tweetdeck, Hootsuite, or Echofon to name a few) to filter tweets into lists, hashtags and groups.

Tips for Getting Started 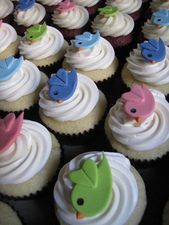 Bio, Photo & Link - The most important thing for new users out there is to put a bio (which tells people a little bit about you and what you might be interested in), a photo (we'd encourage people to use a real photo) and a link to your website (if you have one).
It’s hard for others to separate the gold from the spam when you don’t fill these things out! Click here for more information.

Tear Down That Wall! – Don’t protect your tweets! Again, it’s hard for others to decide to follow you back if they can’t see what you’ve added to the conversations.

Go Beyond Basic – While Twitter as a service is fantastic, Twitter as a website is less than desirable. Try a Twitter client like TweetDeck, Hootsuite, or Echofon (just to name a few!) that allows you to separate your Twitter feed into easy-to-monitor columns. Simone McCallum has written a great blogpost with Tips On How To Get The Most Out Of Tweetdeck.

Lists - Twitter lists allow you to create groups within your Twitter stream. You can even include people that you do not personally follow. Even better, you can follow lists that others have meticulously created. (Kim Cofino has a great International Teachers list).

Hashtags – #teachit2011 #edchat #scichat #mathchat #kinderchat #ibpyp These are all examples of hashtags. Hashtags make it easy to group and search for tweets about a specific topic. Using a Twitter client like Tweetdeck, you can even use a hashtag to create an easy-to-follow column in your client. @cybraryman has a comprehensive list of education-related hashtags.

Search For It – Is there something that you’re passionate about? Chances are there are others on Twitter who are passionate about the same thing. Use the Twitter Search function to find people who are talking about your hometown, your favorite sports team or anything else you might be interested in.

Lurking (aka Legitimate Peripheral Participation) – One of the best and easiest ways to learn Twitter etiquette is to lurk amongst some of your favorite lists or hashtags. Once you see how things work, it’s a lot easier to join in!
Retweet and Reply – For some, the highest compliment you can pay them on Twitter is to retweet them. For others, they prefer the conversation that comes along with an @reply. Either way, it is a great way to engage others and to add followers to your PLN.

Conversation is King – Twitter, first and foremost, is about connecting with people around the world who can help you grow as a teacher and as a person. This happens through conversation and through getting to know one another as you would a fellow teacher on your campus. Sometimes these professional relationships develop into personal friendships that last a lifetime!

7 Starters for Teachers to Try 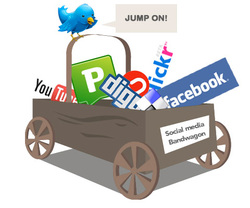 We have devised some challenges for those new to twitter wanting some ideas on how to join the conversation! Try these:

1. Share your favourite YouTube video & explain why you like it.
2. Retweet something that you have found useful.
3. Send a reply to someone whose tweets you have found helpful, and tell them that!
4. Ask a question. If you include 'please RT', people might retweet your question, meaning you have the benefit of the collective wisdom of their network as well. *note this works best when you have a reasonable number of followers*
5. Add a column in your Twitter client (e.g. Tweetdeck) for hashtags around your areas of interest.
6. Find someone whose tweets you find useful. Look at their followers, and follow people they interact with. It's a quick way to build your PLN.
7. Sit down with a person you know uses Twitter a lot, and ask them how they use it. Get them to show you some tips and tricks.